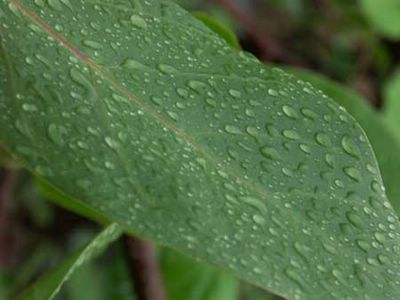 Unbearably loud --- not a single leaf stands still,
each one joins the chorus
as the wind hurriedly rushes through.

The dark clouds hover over
as the drumming starts in a distance.
People gather together,
to welcome the first rain.
The lightning strikes
as if all the cosmos are assembling for a grand finale.

I look up at the clouds with folded hands
as the zealous wind envelopes my whole body.
And offer a silent prayer to the Rain Gods.

The drumming gets louder as everyone impatiently awaits,
the pitter-patter of the first monsoon rain.
I stretch out my hand and feel the first few drops,
anxiously waiting for the showers after such a thunderous show.

But to my dismay everything comes to,
a standstill.
The clouds disseminate as quickly as they gathered.
The temperamental wind decides to go elsewhere for the day.

Only the faithful drumming in the distance remains.
And the silent prayers,
that have yet to be answered.

But it doesn’t rain tonight,
Or the next day, or the next one after that.
Instead the sun shines brighter then ever,
As if to take back its crown.

Until five days later,
As I sit quietly in meditation ...

I hear a few drops hit the tin-roof above,
and then a few more, and then a couple more,
until they all come marching down.

My heart fills with joy.
I could feel the earth being watered,
little seeds will soon start to sprout.
And while I couldn’t hear the drums of the farmers,
I could feel their heartbeats dancing with joy.
The Rain Gods have arrived.

As I sat there smiling in silence,
I knew at least one old grandfather
will be sitting on his porch
wearing the same smile,
thankful that his cows will have to
run away no more,
for there will be plenty for them to eat.
Posted by guri mehta at 12:50 PM

wow , that was amazing, no other words to describe it.
thanks
Shveta

felt as though i was there after reading your poem....really enjoyed your moments out there in the rain!!!
pictures are wonderful too!! thanks

:) Wow Guri. You are quite a poet. That really touched me. I send you so much love!

What a refreshing poem.. thinking about rain during summer...

wow pearls on the leaves and nice words
Chennai-Coimbatore

I saw the greens stand with their heads bowed in complete submission, enjoying the embrace of the infinity at last...

'You took your time but here you are...and I will not ask for anything anymore...'

iyarkaya said...
This comment has been removed by a blog administrator.
6:06:00 AM

This is cool! felt the real situation.

As, Doha prevalent for its marvelous destinations, sentimental enviourements, we offer reasonable Escorts Girls ur regarded customers. You can make your escorts crusade essential with our hot Doha Escorts Girls.